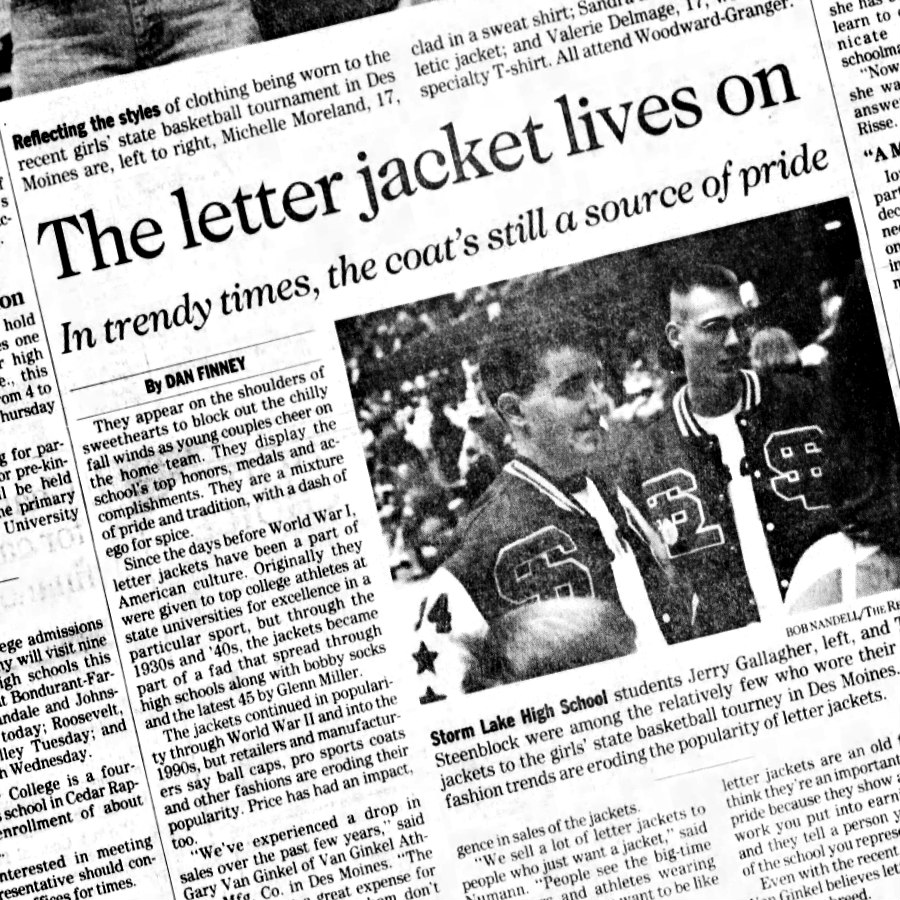 The Des Moines Register brought in a handful of high school journalism students to contribute to the Metro section’s new schools page.

Two of us came from East High School, maybe a dozen from city and suburban secondary schools. The editor’s name was Gene Erb. He noticed I wore a letterman’s jacket. Erb asked if such clothes were going out of style. I offered to find out.

That became my first assignment. I interviewed an ex-girlfriend who had a letterwoman’s sweater, the catcher from the East baseball team and the owner of Van Ginkel Athletic Co., a clothier on Ingersoll Avenue that made more athletic uniforms for Iowa high schools and small colleges than any other.

The time came to write. My fingers clattered across the keyboard in the East High School journalism room. Fear drove me as I hunt-and-pecked each letter. I paused only to steal glances at the clock. The deadline loomed. Panic churned.

This was no lame school project. This was a real goddamn newspaper story for the actual goddamn Des Moines Register. If it met their vaunted, venerable standards, this could be the beginning of a career if I could get the words out of my head and onto a disc in time.

And I made deadline.

And thus began my 27 years as a paragraph stacker.